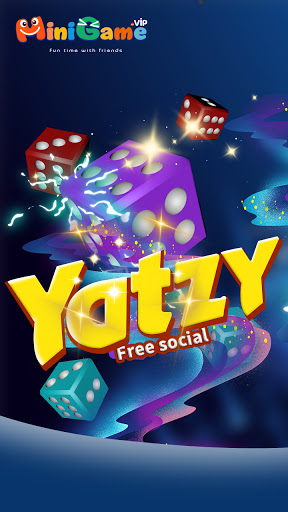 Yatzy-Free social dice game (Mod): let’s rolling the dice to play yatzy with friends. The best free board games is now available. Yatzy is a public domain dice game similar to Yacht and Yahtzee (trademarked by Hasbro in the United States) also called Yazy or Yatzee. It is related to the Latin American game Generala, the English game of Poker Dice. It is time to download Yatzy challenge your friends.

 How to play
-Players take turns rolling five dice.
-After each roll, the player chooses which dice to keep, and which to reroll. A player may reroll some or all of the dice up to two times on a turn.
– The player must put a score or zero into a score box each turn.
-The game ends when all score boxes are used. The player with the highest total score wins the game.

 Special rules
-You can put a Yatzy in any box, regardless of its requirements.
-If you make a Yatzy and the yatzy box has already been filled with a 50, you’ll score +50 points.

This is a game about lucky and strategy.Try to get the highest score.