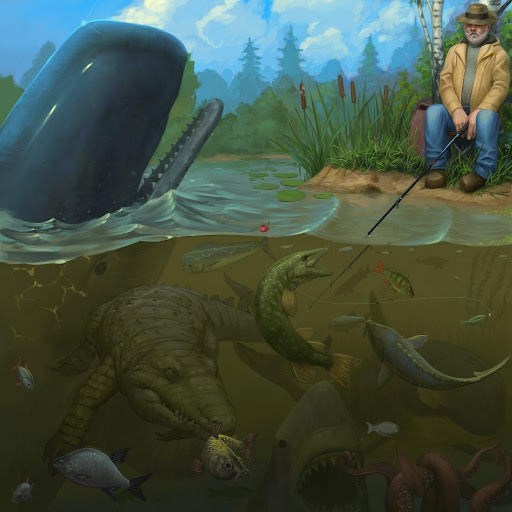 World of Fishers, Fishing game 273 (Mod): Join the World of Fishers and become a professional fisher! You will compete in fishing with other players. Start with gudgeon and perch fishing in the nearest lake and get as far as fishing for a white shark, a man-killer, in the most exotic places on the Earth!

• Game developed with participation of real fishing experts
• 926 different species of fish and water inhabitants
• Fish natural habits, their feeding and travel patterns described by professional fishers
• Extremely realistic fish catch and fight
• Fishing all over the world at the most famous locations
• Wide range of weather conditions all over the planet on which the fish bite depends
• No fishing tackle damage, no wear, no tear
• Everlasting fishing tackle
• Hundreds of realistic baits and fishing lures
• Full RPG-system
• Multilevel and diversified character development
• More than 400 of different quests, more than 2000 missions with rewards and bonuses
• 25 diverse NPC and repeated tasks
• 39 perks with multilevel bonuses
• Daily bonus for the catch of the first fish of any type (×2 money, ×2 experience)
• Notebook in which fisher’s every catch is registered and the information for statistics is collected
• Podium, a competitive part of the game for the best players under five categories
• Daily bonuses for players
• Easy-to-use chat for fishers
• Referral systems as extra earnings for fishers
• Frequent update that includes new game options, fish species and locations