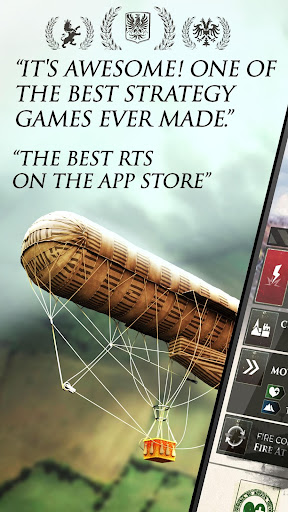 From the creators of Supremacy 1914 comes the next installment of the hit franchise. Supremacy 1: The Great War invites you into a new era of Grand Strategy Multiplayer on mobile devices. More units to experiment with and more strategies to follow in a fast and more dynamic gameplay environment simulated in real time.

Experience several new units like the Mortar Infantry, deploy Spies, the dangerous Gas Artillery or the legendary Dreadnought. All units have to be researched in our distinctive tech tree.

Simulation is key. Your actions matter. Your long term strategy counts. Betray your allies and keep your enemies close. Establish early on what your nation’s army should look like and align your economy appropriately. Leverage your diplomatic skills and build alliances with other players to dominate the matches.

If you are already a Call of War, Supremacy 1914 or Conflict of Nations player, feel free to use your existing account to play the game!
Supremacy 1 – The Great War is now available worldwide! Jump into the trenches with the new “Fall of Empires” map, highly detailed visuals and join the community on this exciting adventure!