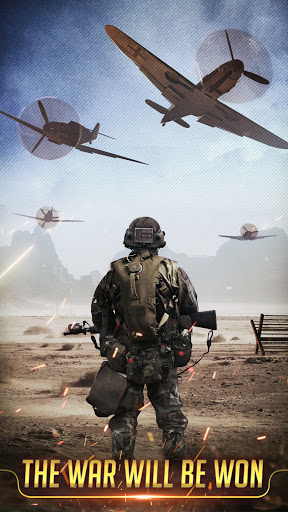 Strike of Nations – Alliance World War Strategy (Mod): Forge alliances between empires and command your army into this modern World War Modern strategy game full of action. Launch massive military invasion campaigns to nuke your enemies army and terrorists militia to eventually capture the nuclear base. Battle nations and conquer with empire alliances, build an army base with modern tanks, aircraft and missiles, and march into enemy territory with force and power.

★ 👮 Lead your army as the Commander in Chief.
★ 💥Posses the Nuclear Button to launch missiles and Atomic Bombs💣.
★ 💢Plan Military Operations – Call Army for Duty on Base.
★ 🏠 Construct 20 Defense Walls, Shields and Panzers to protect your civilization.
★ ☢ Mine nuclear and radioactive substances for reactors.
★ ✌ Join Partner Alliances from 192 Countries.
★ 🌇 Upgrade and Research for solar energy and wind energy.
★ 🏚 Nuke PVP enemies with chemical weapons on aircraft carriers.
★ 💫Conquer nuclear base with machine guns, panzers, radioactive bombs and war tanks.

Get hands on experience with futuristic dirty-weapons and design them for best attacking competence. Use a mixture of tear bombs, biochemical lethal substances of mass destruction, hydrogen bombs, tanks and thermonuclear reactors to wipe out cities in seconds. Introducing US aircraft carriers with fighter jets and trained combat pilots to fight until death. Train a fleet of submarines with ballistic weapons to target terrorist campaigns stealthily.

The British army won WW1 and WW2 with strong alliances of the USA and Russia. Join forces and weaken enemies with your in-game strengths. Collectively combine armies and equipment to play safe. Order nuclear strikes together after alienating rival nations.

Superior high-tech military ammunition grade can be engineered for increase in capabilities and domination in the battle-field.
★ Mine Uranium, Plutonium, Radium, Thorium and Caesium and other hazardous radioactive minerals
★ Convert plant, solar and water resources to high-voltage batteries.
★ Train the largest army the world has seen in combat mode and develop their skills.

Take part in all sorts of tides to increase your power and collect fantastic rewards as war bounties. Join worldwide events, where all the players must collaborate to succeed or join the cross-server fights and prove your server’s superiority, with constant updates and new features. The fun in destruction and occupying new lands never stops!

Do you have what it takes to seize the title of the Emperor and push the red nuclear launch button for massive invasion? Join the warcraft now and be the master of your civilization.

POWERFUL AND CHARISMATIC COMMANDER OF ARMY

You are the chief of death squad soldiers and must go in a bomb mode for war survival. Only a legendary team battle with good city defence can bring final freedom and allow your empire’s boundaries to be extended. Lead drones, chinooks, helicopters and missiles.

Strike of nations is a completely free modern combat game to play with paid modules for increasing the speed of resource collection and building activities.
Technical fixes