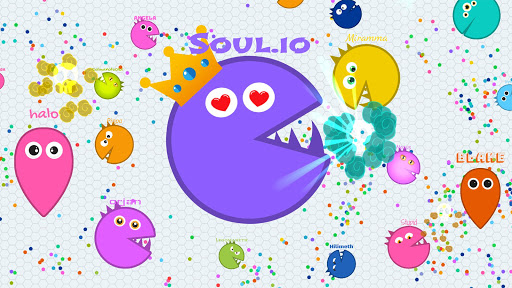 Play against other Monsters vs Ghosts online ! Can you become the biggest monster on the battle arena? Soul.io is a cool game. You should try this fun game.

Reach first in the leaderboard. Be ready to challenge. The best popular new io games is Soul.io now on published. Very easy to play, too hard to master.

Join the battle arena and control your player and slide. Eat food and stars. Avoid the bigger monster or ghost. Eat other smaller monster to grow larger. Stay away from ghosts because they absorbs you. Speed ​​up by dodge and boost. Throw bombs to slow the ghosts. Try to survive for a long time. Reach first in the leaderboard to be popular. You become the giant in this cool game. We have 4 different fun game modes so you won’t get bored. If you are a fan of io game and are looking for the best io games to play, why not try Soul.io ?