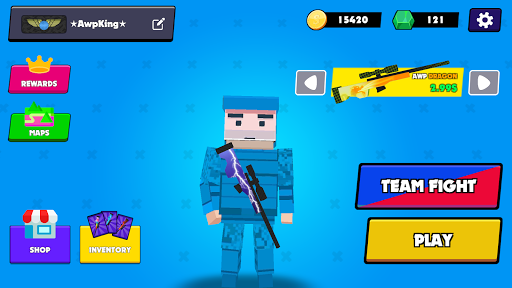 Sniper.io (Mod): Sniper.io is a 3D Sniper Game played as a single or team. 5 snipers fight each other in single player mode and 6 snipers in team warfare. 3 vs 3 is played in team fights.

Every match and score you win gives you extra gold and gem. Earn more scores to get beautiful AWP skins than each other.

Sniper.io is one of the most competitive games among the new io games. The matchmaking system matches you with snipers based on your elo score. As your elo score increases, you will encounter more challenging opponents.

Get score to rank up faster. Every score you earn will get you closer to the next higher rank.

Sniper.io is a 3D io game that can be played offline. You can play Sniper.io offline. Your progress is saved and you can use your AWP skins.

Get the most scores and win the match. Lead your team and yourself to the top by scoring!