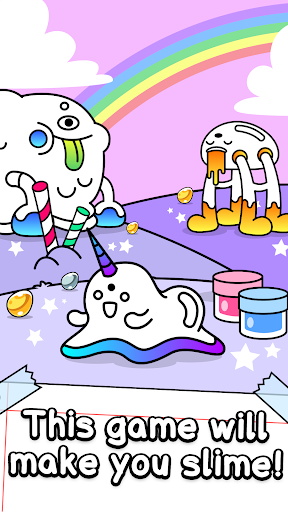 Combine slime species at a snail’s pace or work with sly, methodical efficiency: as long as you keep creating new jammy creatures, all will be well and goo!

Stretch and squish your fluffy and slimy creations in the most satisfying evolution simulator ever!

💩Pantheon: a new place for supreme beings to look down on us mortals and laugh at our misery
💩Impostors: watch out for impostors trying to steal the spotlight from the slimes

💩Different stages and many slime species to discover
💩A mind-blowing story with gooey twists!
💩The unexpected mix of alpaca-like evolution and incremental clicker games
💩Doodle-like illustrations
💩Open-ended gameplay: enjoy the freedom!
💩No slimes were harmed in the making of this game, only developers

Slime A: I dunno, I feel a bit slippery today.