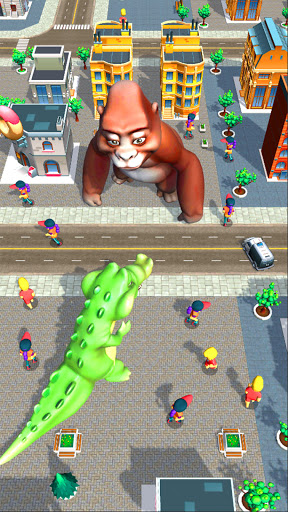 Rampage : Giant Monsters (Mod): Athena’s space station, owned by NextDNA company, are working on a project that can revive prehistoric creatures and a virus can make these animals bigger. They need a place to test their work, so they sent these creatures including prehistoric animals that they had resurrected to earth, it was unexpected that these giant super beasts had extraordinary strength, we they are destroying the Earth and nothing can stop them.
With lots of giant beasts and simple, easy-to-play controls, you can lead these giant monsters, make them grow to conquer and reign over the Earth.