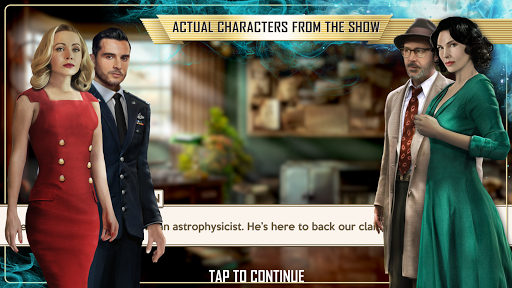 In Project Blue Book The Game: Hidden Mysteries, you will start off as a newly recruited agent in Project Blue Book during the 1950s, under the guidance of the show’s lead investigators, Dr. J. Allen Hynek (played by Aidan Gillen from “Game Of Thrones”), and Captain Michael Quinn (played by Michael Malarkey from “The Vampire Diaries”), and begin to investigate real declassified UFO investigations to find the truth!

Hundreds of puzzles, witness interviews and hidden object scenes will challenge your observation and deduction tactics as you investigate alongside your favorite characters into many of the cases you loved from the series, uncover exclusive new content, and explore new cases that can only be found in the game! The game’s story is written by bestselling science-fiction writer and award-winning game writer Steven-Elliot Altman, best known for similar social games like PEARL’S PERIL and ANCIENT ALIENS.