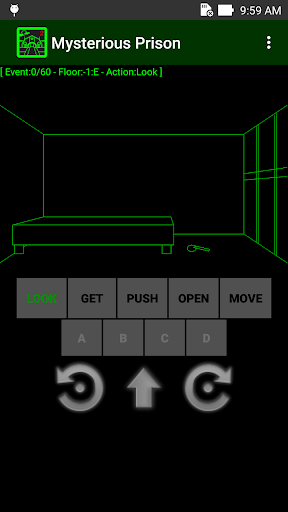 This game is the second scenario of mysterious escape adventure series, which look like an old 8-bit computer’s. Let’s enjoy solving various mysterious tricks in this prison with a good old memory.

Story:
You were thrown into prison under a unconvinced accusation that you stole diamond.
In order to proclaim your innocence, you try to escape the prison. However the prison
is not a normal prison…
Extend save points up to three.
Update SDK.
Update Message