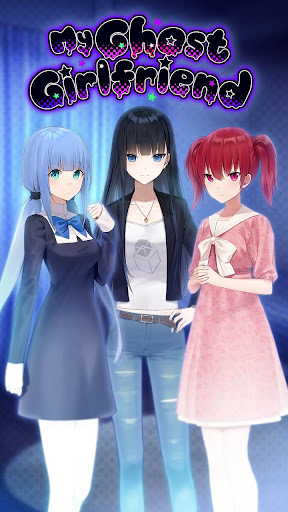 My Ghost Girlfriend (Mod): Will you be able to help three ghost girls with some unfinished business?

You’ve moved into the city to attend school, but it turns out finding an apartment in your price range is a lot harder than you expected! Luckily, you come across what seems to be the perfect little place and decide to move in immediately. However, you quickly learn that you’re not the only occupant… Turns out you’re sharing it with three ghost girls! They seem to be stuck in this world due to some unfinished business and are looking for your help.

You eventually decide to help them solve their problems, but you quickly realize you might have bitten off more than you can chew…

Will you be able to fulfill these ghost girls’ wishes?

Tahlia – The Terse Ghost
Tough and a little blunt with her words, Tahlia is bound to this world because she seeks revenge against the man that murdered her. She tries best not to show her emotions, but deep down, she might be more fragile than she seems.

Laura – The Empathetic Ghost
She is sensitive and thoughtful, but can’t move on because she feels her family blames themselves for her death. She’s the easiest to approach of the three ghosts and greatly appreciates your help!

Natasha – The Thoughtful Ghost
Natasha acts as the leader of the three ghosts and was the head of the student council before she died. She’s stuck in this world because she’s worried about her best friend who she had helped when she was alive.
Bugs fixed