Lords of War and Money Game free download for android 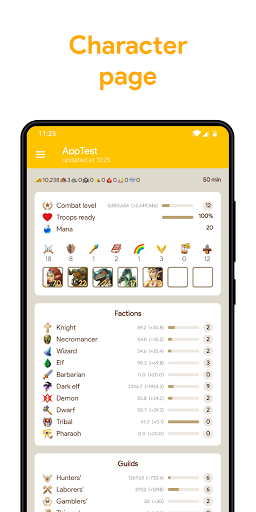 Lords of War and Money (Mod): This is an unofficial client for the fan project inspired by «Heroes of Might and Magic» and created by it’s players. Initially it’s a browser game www.lordswm.com, and this application natively implements part of it’s funtionality.

Now there are Character, Battle, Map and Facility screens.
The app allows you to see your character, enroll, hunt and skip hunts, as well as automatically redirects to any battle initiated from browser.

The application is currently developed only by me, in my spare time. It also doesn’t have direct access to the server due to the policy of the administration of the game. Therefore problems might occure, and I will be grateful for patience and any help in resolving them.

Login and password are stored locally on your device. They’re never sent anywhere, and are used only for automatic authentication.