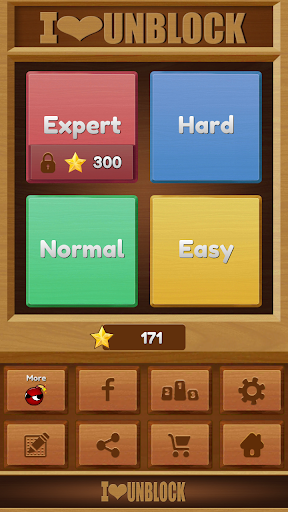 I ❤ Unblock Puzzle 1.33 (Mod): Unblock Puzzle is a simple and addictive puzzle game.
The goal is to unblock the solution block out of the board by sliding the other blocks out of the way, unblock it with the minimal moves.
Unblock Puzzle comes with 4 difficulties ranging from easy to Expert.

Features
* 4 difficulties ranging from easy to Expert
* Ranking system to keep you more challenged and up to finding the best solution
* Hint system that will guide you through the puzzle
* Undo system
* Fun themes
* Google Play Service Achievements, try to collect all the achievements
* Support all tablet devices
* Every day get a hint.
* 10000 of Unblock puzzles in total for you to enjoy, it will be a long saga to complete all the addictive puzzles