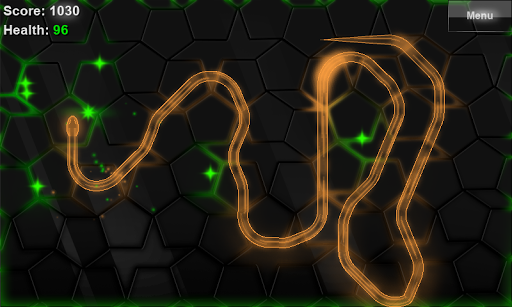 Glow Snake 1.6.6 (Mod): Play as a neon glowing snake and grow longer by collecting the green stars. Glow Snake is a remake of the snake games with some new game elements and fancy glowing effects.
You can customize your snake and play 4 different game modes. Now supports 2 player (Multiplayer) PvP over a local network. You can Snake off against your friends over wi-fi.