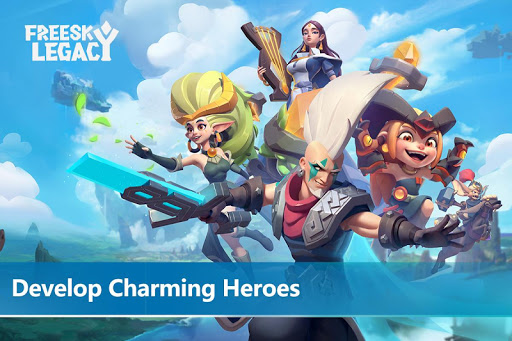 Freesky Legacy 0.1 (Mod): Freesky Legacy is a multiplayer real-time strategy game. In this magical world, you will compete against other players as Viking Lords. Shape your Isle and recruit Heroes to become the true ruler of the realm!

Game Features
☆Isle Battles, Real-Time PvP☆
Simple controls make building and developing your Isle a breeze. Form the battlefield with your Isles and battle against other players on a unified server in real-time.

☆A Clash of Isles☆
Experience a unique battle system when you clash in Isle vs Isle combat and deploy Heroes in real-time.

☆Sandbox Base Building☆
Shape your Isle with building blocks to create a base capable of both offense and defense!

☆Extensive Hero Systems☆
Meet a diverse cast of Heroes with unique Skills, Talents, and rich backstories waiting to be uncovered!
This is the first version.