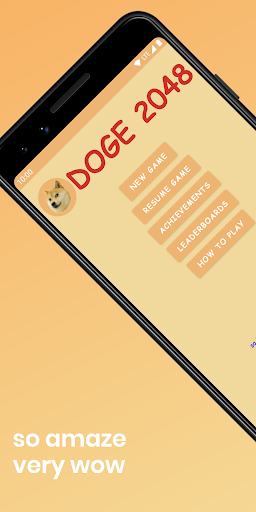 Doge 2048 has the same rules as 2048…
Swipe to move the tiles, when two tiles with the same Doge touch, they merge into a more awesome Doge. When a Doge 2048 tile is created, you win!

Features:
– Google Play Games integration! High Score and Winner leader boards, compete with your friends and random humans around the world.
– Keep playing after you reach 2048 and even after you reach 4096! Just play till you can’t move no more.
– Unlock achievements for doing a good jorb!
– Games automatically save so you can go back to them later
– Many wows!