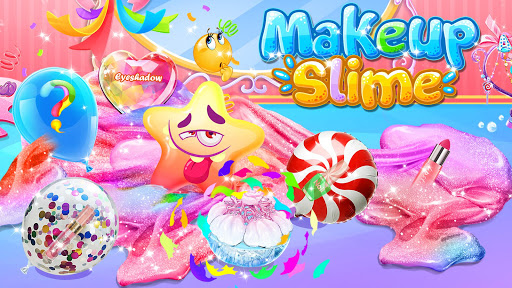 Bubble Balloon Makeup Slime – Slime Simulator (Mod): Makeup slime is now so popular all over the world. Have you tried the rainbow & fluffy glitter makeup slime? You’ll love it. In our latest makeup slime , so many kinds of balloons with makeup in it. You can pick the balloons to see what makeup you can get. let‘s try so many kinds of makeups, add all the makeups into the clear slime to make the makeup slime and play with the fluffy makeup slime with balloons.
Let’s get started.

Features:
– Kinds of rainbow balloons with makeup in it. Got 1 or 2 or 3? Let’s have a try.
– So many kinds of makeup to choose from: Rainbow eyeshadow, colorful lipstick, lip gloss, nail polish, glitter and so many more.
– Realistic animation of slime and great slime sound.
– Colorful fluffy slime
– Various playing ways to play with makeup slime. Squish, press, poing, stretch, throw and so many more.
– Customize the makeup slime you want to play next.
– Endless slime fun.
– Slime simulator – super ASMR
– Moments of relaxation or meditation
More bubble balloon & More fun
Bug Fixed