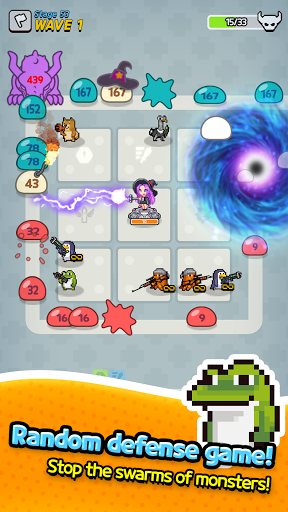 33RD: Random Defense (Mod): Create your team of animals and wizards and fight in battles!
Stop the monsters before there are 33 of them!
Play Single, Co-op, and Duel modes!

Animals are summoned randomly! So are the monsters, buffs, and even the placements!
Test your luck in this game with multiple possibilities!

■ Duel Mode (1v1 PvP)
Strategically create your team of animals and challenge players from across the world in real-time duels for your victory!

■ Co-op Mode
Work together with your friends to stop the swarms of monsters and beat the highest score!

■ Animal Characters
Collect over 50 unique animals to check their abilities and grow them.